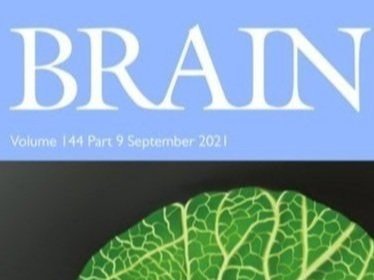 Stuttering (aka Stammering) is a neuro-motor disorder of speech impacting communication. Developmental stuttering is a condition of speech dysfluency, characterised by pauses, blocks, prolongations, and sound or syllable repetitions. It affects around 1% of the population, with potential detrimental effects on mental health and long-term employment. Accumulating evidence points to a genetic aetiology, yet gene-brain associations remain poorly understood due to a lack of MRI studies in affected families. Here we report the first neuroimaging study of developmental stuttering in a family with autosomal dominant inheritance of persistent stuttering.

The team identified a significant age by group interaction effect for cortical thickness in the left hemisphere pars opercularis (Broca’s area). In affected family members this region failed to follow the typical trajectory of age-related thinning observed in controls. Surface area analysis revealed the middle frontal gyrus region was reduced bilaterally in the family (all cortical morphometry significance levels set at a vertex-wise threshold of p < 0.01, corrected for multiple comparisons). Both the left and right globus pallidus were larger in the family than in the control group (left p = 0.017; right p=0.037), and a larger right globus pallidus was associated with more severe stuttering (rho =0.86, p=0.01). No white matter differences were identified. Genotyping identified novel loci on chromosomes 1 and 4 that map with the stuttering phenotype.

Findings denote disruption within the cortico-basal ganglia-thalamo-cortical network. The lack of typical development of these structures reflects the anatomical basis of the abnormal inhibitory control network between Broca’s area and the striatum underpinning stuttering in these individuals. This is the first evidence of a neural phenotype in a family with an autosomal dominantly inherited stuttering.

Face to face singing therapy can improve speech in PD. Have a look at our previous work published in Neurorehabilitation...
Read more